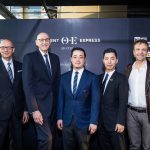 Orient Express is embarking on an amazing journey The legend of travel returns, connecting East and West and past to future

AccorHotels is proud to announce the first Orient Express hotel will open in the landmark King Power Mahanakhon Building in Bangkok. Imprinted in both history and imagination, the Orient Express brand has been reinvented for the future, with a vision to build a collection of prestigious hotels, steeped in tradition, myth and adventure. 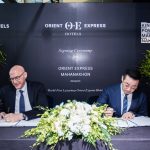 Sebastien Bazin, Chairman and CEO of AccorHotels said: “Orient Express has always acted as a passport between worlds and a trip on these legendary trains was historical, touristic and cinematic with an inimitable experience. This linking of Occident and Orient, of history and modernity, and of curiosity and cultures will be a hallmark of the new Orient Express Hotels and we are excited to bring back this spirit of luxurious adventure to today’s modern travellers.”

Aiyawatt Srivaddhanaprabha Chief Executive Officer of King Power Group said, “The launch of the world’s first Orient Express Hotel at King Power Mahanakhon truly completes our vision of creating an extraordinary landmark that celebrates the city and adds a new milestone to Thailand and the world’s hospitality industry, while further elevating Thailand to a truly world-class destination. 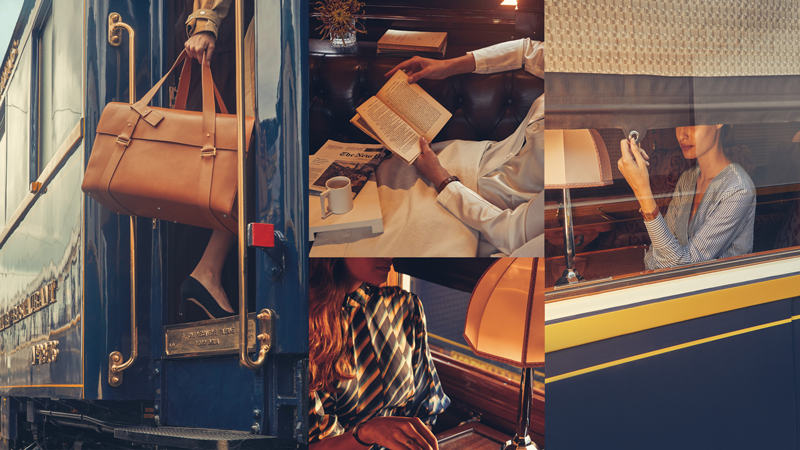 “King Power Mahanakhon seeks for all of its projects to be different, impressive and distinct, exuding excellence in every dimension. We look forward to welcoming visitors from all over the world, and placing Thailand’s tourism scene on the global stage through a landmark that combines exceptional hospitality, award-winning cuisine, a unique shopping experience and Bangkok’s spectacular views.”

“We are proud to bring the multicultural heritage, mystery and exoticism of the legendary Orient Express brand to Bangkok” said Michael Issenberg, Chairman and CEO AccorHotels Asia Pacific. “Orient Express redefined rail travel in the 1900s, introducing the first sleeper cars linking West to East and delivering unprecedented levels of comfort and dining. We look forward to bringing this same luxury and refinement to the new incarnation of Orient Express hotels.”

The original Orient Express trains were famous for the highest standards of fine craftsmanship, the newest innovations and the most exquisite dining and so Orient Express Mahanakhon Bangkok will bring together the best names in these fields to reinterpret the art of luxury travel. 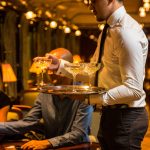 Esteemed designer Tristan Auer has been tasked with reimagining the Art Deco stylings and plant motifs of the original Orient Express carriages into a modern skyscraper in the heart of a bustling metropolis. The sumptuous bedrooms and exquisite bathrooms will bring new levels of style and luxury to Bangkok.

Two signature restaurants will include Mott 32 on level 2 and Mahanathi by David Thompson on level 5 of the hotel. David Thompson is known worldwide for his skills and expertise in Thai cuisine and culinary. Thompson has established award-winning restaurants across the world, Nahm in London and Bangkok, Long Chim in Asia and Australia and Aaharn in Hong Kong. Famed Mott 32, will also bring an exceptional modern Cantonese dining experience to the city with a contemporary restaurant and cocktail bar in Orient Express Mahanakhon Bangkok. Mott 32 is named after 32 Mott Street in New York – the site of NYC’s first Chinese convenience store, which opened in 1851 and is now a vibrant Chinatown in the city. 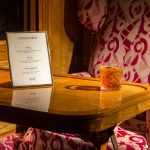 Within the complex is the recently launched Mahanakhon SkyWalk, Thailand’s highest observation deck on levels 74, 75 and 78, while a King Power Duty Free and Retail occupies levels 1 to 4. A rooftop restaurant and bar on level 76 will also provide some of the best views in Thailand, making the King Power Mahanakhon Building the epicenter of Bangkok’s social scene, just as the Orient Express was the place to meet the most fascinating people at the beginning of the 20th century.

For over 135 years, Orient Express has inspired authors, artists and film directors, with famous guests including Josephine Baker, Albert Einstein, Coco Chanel, Graham Greene, Ernest Hemingway, Marlene Dietrich and Mata Hari. Agatha Christie made the trains even more famous with her eponymous novel Murder on the Orient Express, while Albert Hitchcock’s The Lady Vanishes and James Bond’s From Russia with Love further immortalised the Orient Express name in the popular imagination.

Another hallmark of the Orient Express has always been the excellence of its staff and the prestige of the uniform. These signatures will also be present in all Orient Express Hotels, setting the highest standards in impeccable service for the industry.

Orient Express Mahanakhon Bangkok will feature 154 rooms including 9 suites and 2 penthouses, as well as an entire floor devoted to wellness including an outdoor pool and jacuzzi plus signature Orient Express Spa by Guerlain. Guests will have access to the building’s spectacular rooftop observation deck and rooftop bar, all rooms will provide stunning views over the Far East ‘City of Angels’. At 78 storeys, King Power Mahanakhon Building is currently the tallest building in Bangkok and a visual landmark thanks to its dramatic exterior, which is encased in a glass curtain with cuboid spiral cut-outs that give it a pixelated appearance.

The hotel will open in the last quarter of 2019, 136 years after the Orient Express took its maiden voyage from Paris.

AccorHotels and SNCF Group signed a strategic partnership in 2017 to develop Orient Express hotels after AccorHotels acquired a 50% stake in the share capital of the brand. SNCF retains ownership of the seven original Orient Express carriages, which have been restored and now provide a new and exceptional setting for the organization of events in collaboration with Potel & Chabot. Both groups are committed to preserving, promoting and sharing the heritage connected with the legendary brand.

The Orient Express is embarking on an amazing journey recalling the technical, industrial and artistic achievements of the legendary train that began running 135 years ago, combining rare places, unprecedented experiences and extraordinary objects. Thanks to its history and place in the popular imagination, this new art of travelling draws inspiration from the European capitals along its routes to the gates of the Orient

AccorHotels is a world-leading travel & lifestyle group and digital innovator offering unique experiences in more than 4,600 hotels, resorts and residences across 100 different countries.

With an unrivaled portfolio of internationally renowned hotel brands encompassing the entire range from luxury to economy, from upscale to lifestyle and midscale brands, AccorHotels has been providing savoir-faire and expertise for more than 50 years.

In addition to its core hospitality business, AccorHotels has successfully expanded its range of services, becoming the world leader in luxury private residence rental with more than 10,000 stunning properties around the world. The Group is also active in the fields of concierge services, co-working, dining, events management and digital solutions.

Relying on its global team of more than 250,000 dedicated staff, AccorHotels is committed to fulfilling its primary mission: to make every guest Feel Welcome.  Guests have access to one of the world’s most attractive hotel loyalty programs – Le Club AccorHotels.

AccorHotels plays an active role in its local communities and is committed to promoting sustainable development and solidarity through PLANET 21 Acting Here, a comprehensive program that brings together employees, guests and partners to drive sustainable growth.

From 2008, the AccorHotels Solidarity Endowment Fund has acted as a natural extension of the Group’s activities and values, helping to combat the social and financial exclusion experienced by the most disadvantaged members of society.

Accor SA is publicly listed on the Euronext Paris Stock Exchange (ISIN code: FR0000120404) and on the OTC Market (Ticker: ACRFY) in the United States.